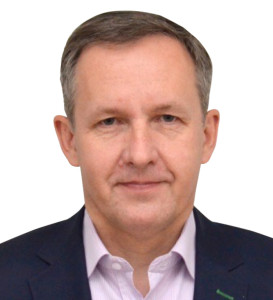 He started his management career as a Station Manager and then Quality Manager of EuroLOT in 1996-2004. Between 2004 and 2006 he worked as the Operations Director and management board member of the Centralwings airline and acting president of the management board. From 2006 to 2009 he served as an investment advisor to the UK-based Gryphon Investment Bank and in 2008 he ran the project to prepare PLL LOT for its IPO.

He has been a management board member and Chief Executive Officer of Enter Air since its formation. 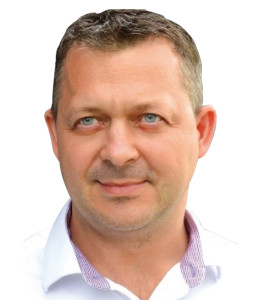 He holds a university degree and has many years of experience in aviation commercial activity. He started his career in the commercial division of PLL LOT in 1997 where he held management positions until 2004. From 2004 to 2006, he worked as the Network Planning and Revenue Management Director at Centralwings, first Polish LCC. From 2007 to 2009 he acted as the Commercial Director of the UK-based BMI Baby. In 2009, working for PLL LOT, as an Executive Sales Director, he has created the LOT Charters business unit as a separate profit centre. In 2010 he created and managed LOT Travel, a tour operator company.

Co-creator of the business plan, management board member and Chief Commercial Officer of Enter Air. 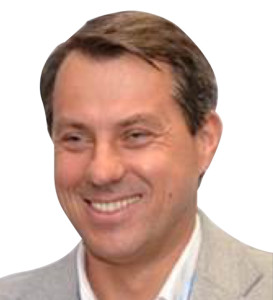 He holds a university degree. He started his career in 1991 as a tour leader during foreign trips to countries in the Far East (Thailand, Korea, Singapore) in the INT EXPRESS travel agency; from 1992 he was the Manager of the Incoming Tourism Department where he organized group trips to Poland from Western European countries.

In 1994 he launched Fair Cargo, one of the first companies in Poland to offer air forwarding operations and air cargo handling services. He was its owner and CEO until 2005. He was a management board member and CEO of Expeditors Polska. Since 1999 he has been a shareholder and president of the management board of Airnet, which owned and ran a forwarding terminal at the Okęcie airport in Warsaw. Since 2004 a shareholder and management board member of Airnet Service offering air cargo handling services.

He has been a management board member of Enter Air since its formation.

Mr. Marcin Andrzej Kubrak started his career in aviation in 1996. In 1997 he became a licensed aircraft pilot. Currently, he is an airline pilot with an ATPL license and a state-licensed instructor and examiner (TRE) for Boeing 737. He is also the head of the pilots in Enter Air. In 2003-2004 he worked for Air Polonia. From 2005 to 2009 he worked for Centralwings.

Ewa Kubrak has corporate management experience gained when she was the management board president and managing director of the Student Club travel agency. She started her career in 1988 in PLL LOT as a Handling Agent at the Chopin Airport in Warsaw. In 1991 she started working for the operational office of the KLM Airlines Branch in Poland as a handling service specialist and a catering service specialist. Since 2003, Ewa Kubrak has been the main shareholder and management board president of the Student Club travel agency involved in organizing business trips and selling airline
tickets.

Paweł Brukszo started his career in LIM and subsequently held management positions in companies such as Motorola Polska and KPMG. In 2004-2006, he served as the vice-president and president of the management board of Calisia, where he subsequently, from 2006 to 2010 served as a supervisory board member. From 2006 to 2013, he was also a supervisory board member in Diora Świdnica and WSiP, where he was chairman of the compensation committee.

Currently, Paweł Brukszo serves as a supervisory board member in Magellan and Wawel, where he is a member of the audit committee, and Unimor Development. He has been a supervisory board secretary at Mennica Polska since 1766 and Mennica Polska. He also serves as the management board president in Unitra Towarzystwo Handlowo-Przemysłowe where he also holds shares. Paweł Brukszo is also a shareholder in INVESTRA and Alpha Trading.

He graduated from the Warsaw School of Economics. During his professional career he participated in many courses/trainings in finance, financial analysis or management, including investment advisor course or corporate finance scholarship at the Erasmus University in Rotterdam.

He started his professional career in 1992 as a financial analyst at Caresbac-Polska, one of the first venture capital funds in Poland. In 1993-1996 he worked as a financial analyst at Business Management and Finance S.A, and since 1995 as a project manager and was involved in numerous strategic advisory, M&A, privatisation and restructuring projects. In 1996 he moved to Robert Fleming & Co as an equity analyst covering companies from food/beverage sectors, subsequently extending coverage onto industrials, IT stocks and banks. Since 1998, a banking analyst for Poland and subsequently EMEA (covering Polish, Czech and Hungarian) banks. Since 2001 at ING Securities covering Polish market overall with a primary coverage of Polish banks, commodity and O&G names. Head of CEE research at Deutsche Bank Securities in Warsaw since 2004, responsible for the research team covering Central European equities while covering CEE banks. In 2008, he assumed a position of equity portfolio strategist at Opera TFI. Subsequently (2009-11) a head of Polish research at Wood & Co, covering CEE media, CEE banks and Poland’s other financials and responsible for Polish equity strategy products. At BZ WBK Brokerage (renamed to Santander Brokerage in 2018) initially as a senior analyst, then deputy head of research and since 2015 a director of equity research department responsible for managing the team and team products, analysis of the financial sector and equity strategy.

She holds a university degree. In 2009 she completed training for supervisory board member candidates in companies with a State Treasury shareholding. Joanna Braulińska-Wójcik started her career in 2003 as a lawyer in COBRA METAL POLSKA. Then she worked as a lawyer for Annacond Enterprises where she was also a supervisory board member from 2011 to 2014. From 2013 to 2015, Ms. Joanna Braulińska-Wójcik worked as the development director of Energopol Serwis and since then at Poltransgaz. At present, she is a member of the supervisory board of Energorozwój and EGESA Grupa Energetyczna, supervisory board chairwoman of CAM MEDIA, president of the management board of Era International and vice-president of the management board of Polnaftrans.

Has a university education and is a tax consultant. After graduating from foreign higher education studies at the University of Düsseldorf in the area of economics, majoring in corporate accounting, in 1995 he started his professional career in Dr. Roedl Audit sp. z o.o. In 1995-1999 he was employed in the above-mentioned company as Head of the Tax Department and Assistant Auditor. From 2000 to 2019, he was head of the Tax Department and a partner in international law firms such as Clifford Chance Sp. z o.o., Beiten Burkhardt P. Daszkowski sp.k., Wolf Theiss P. Daszkowski sp.k., K&L Gates Jamka sp.k. As of 2019, he has been the head of the Tax Department at DWF Poland Jamka sp.k., specializing in taxation and corporate accounting. In all of the aforementioned international law firms he held not only the position of Partner, in Beiten Burkhardt P. Daszkowski sp.k. and Wolf Theiss P. Daszkowski sp.k. (i.e. from 2001 to 2015) he additionally held the position of partner responsible for the company’s finances and accounting. Adrian Jonca has been a regular member of the editorial board of Monitor Podatkowy published by Wydawnictwo C.H. Beck for over 15 years and is the author of numerous articles in foreign professional journals on taxation and corporate accounting in Poland.

Adrian Jonca has declared that it meets the independence criteria referred to in the Code of Best Practice for WSE Listed Companies 2021, including in particular the criteria set out in Annex II to the Commission Recommendation 2005/162/EC of 15 February 2005 on the role of non-executive or supervisory directors of listed companies and on the committees of the (supervisory) board.

He graduated from the Warsaw School of Economics majoring in finance and accounting and was also a student of the International Relations faculty of the University of Warsaw.
From 1999 to 2008 he worked for Deutsche Bank in Poland, where he served among others as Deputy Director of the Equity Market Research Department and as Equity Market Analyst for the Central and Eastern Europe. From 2008 to 2010 he worked on various positions in the TP S.A. Group, including as a Director of the Strategy and Development Division. From 2010 to 2011 he worked for the Swiss investment bank Credit Suisse in Poland. From 2012 to 2015 he was Vice President for Strategy and Development in Emitel, a leading terrestial radio and TV network operator in Poland. From 2016 to 2019 he served as Advisor to the Management Board of KGHM Polska Miedź S.A.
Currently, he is a professional independent member of Supervisory Boards of companies listed on the Warsaw Stock Exchange.